If there is anything that I take away from these brief days in Mississippi and Alabama it is the need to speak the truth more openly. Ida B Wells stated: “The way to right wrongs is to turn the light of truth upon them,” and from my conversations with Charlene, the head of the Smith Robertson Museum for African-American Culture, as well as the waitress at the Olive Garden in Montgomery, Alabama, racism still reigns strong in the south. These were upsetting conversations where I just listened.

Our time in Jackson, MS was short, but the few hours that I spent there gave me a sense of what I needed to come for. Jackson has been an integral part of the non-violent Civil Rights movement and was mostly driven by a series of grassroots upsurges under COFO’s banner incorporating CORE, SNCC, SCLC, and the NAACP directed by Medgar Evers, among many. But while Jackson may have been the capital of both a state government and a news media hostile to civil rights, it was also a city of immense black strength.

The day began with a rather terrifying incident. I parked the car on the main road in order to mooch around the Capitol building, the very capitol building where, when it was built in 1903, the legislature wrote the laws that entrenched Jim Crow in the state. Stately magnolia trees rise from its wide front laws, the building itself vaguely reminiscent of the US Capitol in DC. However, regardless of its beauty, it was this Mississippi legislature that defeated the passage of the 13th Amendment ending slavery and created the Black Codes that effectively ushered in a legal form of slavery. Perhaps that’s why the following story happened:

As I walked under the nearby trees that have been standing around the majestic capitol building for over 100 years, I heard a slow creaking sound that I only knew from films – usually one that is caused by elephants walking through the bush, or because someone has yelled “Timber” only moments before. As the massive tree branch (that was presumably rotten) broke away from the tree, I didn’t know which way to run, so I just ran. And it fell, about 5 metres from me. I was stunned, shocked really. The security men rushed over and “took care of me” and just remarked in shock: “You’re real lucky ma’am. That could have been your final moment.” And it could have been. So in that near-death experience, I decided to walk the rest of Jackson, MS, in order to get the shock out of my system. I include this moment in this blog for two reasons. The first is because it was shocking for me, and something that tipped the balance of my mood for the day. But more importantly I mention this because you just don’t know, or can fully anticipate, what life will throw you. And as someone who appreciates being in control, moments like this force you to relinquish and realize that being less anxious about being in control is probably a good thing.

I spent most of my morning at the Smith Robertson Museum in the historic downtown neighbourhood of Farish Street. Built in 1894, the building was Jackson’s first public school for African Americans that opened its doors in the late 1920s. The school was closed in 1971 after public school desegregation (which, if I may remark upon, was federally passed in 1955 after the Supreme Court decision). It exhibits artifacts from Mississippi’s civil rights movement. The site was also a location of an early civil rights challenge. In 1948, Gladys Noel Bates, a science teacher at the school, sued the state of Mississippi to equalize white and black teachers’ salaries. She and her husband John M. Bates were fired, but Mrs. Bates ultimately won her case. Her family were founding members of the Jackson NAACP, and in 1961 her parents provided housing for Freedom Riders in their home. The museum was outstanding, thorough, modern and accessible. It has an excellent education program with ongoing research.

I was fortunate to spend time with Charlene, the Director of Education for the museum. We had a significant conversation at the end of my visit (usually one always has significant conversations just as one is about to leave anywhere really). And what she said pained me to hear. She said that the more things change, the more they stay the same in Mississippi. Racial segregation remains. People feel divided and violent police brutality towards African Americans is worse than ever. When I asked her what the liberal northern world could do, she said that Education is paramount. She told me that it is not mandated that all schools learn about the US Civil Rights movement in Mississippi and that instead these white schools get taught “American” History rather than “African-American” history. When we spoke about Donald Trump and his continued racist and idiotic statements and actions, she said that we despite his idiocy, that we needed to pray for him and that Trump needed Jesus more than ever.

From there we drove the 4 and half hours to Alabama, Sweet Home Alabama? We will soon find out. We drove along broad winding roads, huge forests lining the sides of the avenues of highway. We drove directly east, and were accompanied by Kirsty Young’s Desert Islands Discs. Our final episode that we downloaded was Bryan Stevenson, the founder of the Equal Justice Initiative. Its headquarters are here, in Montgomery. I hope to visit it in the next few days. The Equal Justice Initiative is committed to ending mass incarceration and excessive punishment in the United States, to challenging racial and economic injustice, and to protecting basic human rights for the most vulnerable people in American society. I look forward to learning more. 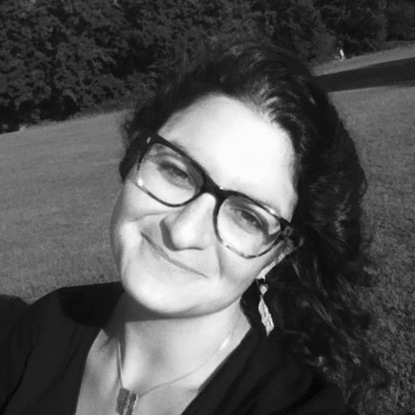